A Summer On The Go 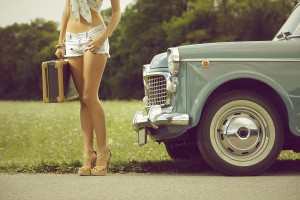 I know it looks like I all but disapeared, but believe you me, it couldn’t be helped. I just had the most busy spring, summer, and now fall of my life. It doesn’t seem like I have any time to do anything, and my blogging has very much been left behind.

Here’s  some things I’ve been up to:

As I plan to start having children in the near future, I’ve sort of looked at this as the last year to hang out with other spankos, to get to know them, and to know what they want. Sometimes I feel like a space alien with a clipboard watching an experiment with interest. Not that I’m not a spanko, too. I enjoy getting spanked at parties, and there are some people I really look forward to getting spanked by and interacting with.

This year it was particularly important for us to go to as many parties as possible because we plan to start our family this year and worried we wouldn’t be able to go to a party for a couple of years because of babies and breastfeeding, etc, that sort of anchors a mother at home. Also, a lot of guys would be creeped out by spanking a pregnant chick. Not that there’s anything wrong with being pregnant, guys just keep squeamish or flatly don’t want to hurt the baby, which is admirable. Truly, I don’t know if the doctor would even let me go.

I digress. I had some great scenes this year, and met some great people and made some steadfast friendships. I so wish I lived in a more scene-friendly location than ABQ, NM–nobody that goes to parties resides there, so I always come home and feel lonely and increasingly uneasy around my vanilla friends, who I go back to hiding my life away from. That seems extremely lamentful–my life is really fantastic, but I do tend to leave parties with a more and more intense feeling of loneliness.

Many of the people who go are actually tough to just hang out with, however, even if I had lived close to them. ‘Camp friends’ are people who go completely vanilla outside of the party scene, and some of these people are the best people at parties, because they’re really normal and grounded. That being said, you can’t keep life-long close friendships with them outside of the scene, which also is a point of sadness. That being said, it makes me only more greatful when I do get to see party friends outside of the party–it makes it so my heart fills with that much more warm fuzzies for them. They don’t HAVE to see me more than at parties, but the fact that they want to couldn’t make me feel better. I just had dinner at a spanking friend’s house last night with her and her boyfriend and we had a fantastic time girl-talking and I so hope I get to return the hospitality today. I’m still filled with warm fuzzies!

That’s where I am now–doing a tour. It’s been amazing fun and we’ve been working as we went, but it’s not always easy. Internet is always tough to find on the go, and poor James makes a habit of working until 4 or 5 am and getting up three hours later to eat breakfast with me.  Poor guy. Still, he’s been a great sport and we’ve been doing enough activity that I’ve been tuckered out every evening.

One of the biggest reasons I haven’t been blogging is because I’ve been writing. Otherworldly Discipline 2 has well passed its deadline and I’m still nowhere near done. It’s been a very hard-to-write novel, but I pray everyone’s patient with it. Sometimes I run into walls with not the plot–because I chart that out–but getting the character to flow along that plotline. I’ve therefore changed and rechanged, and then brought it back to the original, then changed it again, several times. Hopefully it will be done soon. I’ve been working on it so much that the SIDE novel I was working on during breaks came out over a month ago. I was amazed by the success, and I thank you all who’ve read Being Their Baby. Thanks for all the kind and positive words, reviews, and emails–you know how to get a girl back on the computer. I’m getting spoiled by all your good-treatment and I want to keep everyone happy, so I’ll come out with another book as soon as I can. 😉