Renee Rose Drops In To Talk About Her Naughty New Western!

My favorite thing about owning a blog, officially, is having some really awesome people drop by. Renee Rose is an absolutely amazing author–she’s one of those people who you can’t put down once you start reading and then you look up and you forgot to cook dinner. She’s that sorta girl. I was so, so pleased to do a two-in-one (Lords and Ladies) with her, because I think she’s so good that she  really raises the bar on quality for the rest of us. That, and her blog is absolutely fantastic and charming and is one of my favorites.

Anywhoo, without anymore gilding the lily, I have you the lovely Renee Rose! Thanks so much Renee for joining us and talking about your inspiration for your new title, The Devil of Whiskey Row, which will be released by SNP next week!

Spanking in a Western Brothel 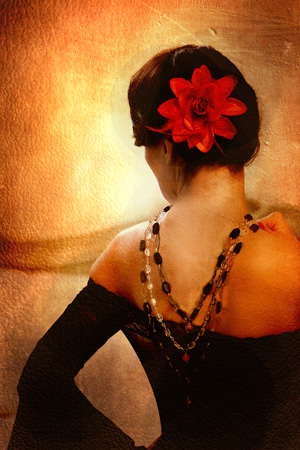 I’ve always had a sort of fascination with the sex worker.  As a teenager, I was attracted to the idea of being a stripper, even though I knew I never could.

In a society where teenage girls are taught to fear men and their sexual advances, to steel themselves against them, to not “put out,” I admired the minority of women who turned the tables on that power dynamic.  They charged for it.  Or they took what they wanted with no apologies.  They stripped, they whored, they dominated.  They called the shots.  How terribly interesting.

More recently, the Amy Winehouse song “I’m No Good” struck me as a shockingly different take–a female serial cheater?  A woman who just can’t help but take a little physical pleasure every time she has the chance?  Whoa.  That’s a new twist.

So when I contemplated writing a western, I was drawn to the brothel scenario. Men outnumbered women ten to one during the Gold Rush in California, and women were in such short order that French whores got on ships and sailed to California, assured that their passage would be paid when they arrived. Whorehouses, saloons and gambling halls sprang up and a great deal of money changed hands there.

In The Devil of Whiskey Row, Cora, the heroine, ended up working in a brothel as a victim of circumstance. She approaches sex as a victim. In the bedroom, she closes her eyes, grits her teeth, and tries not to move much until her customer is through.  She’s never experienced pleasure, nor has she ever thought to seek it.

When a fire destroys the brothel where she works and Jake, the Devil of Whiskey Row, swoops in and offers her work in his brothel, her eyes are opened to an entirely different world view.  Jake’s whores are empowered.  They enjoy making money and they enjoy the sex.  Cora is intrigued by their take on the age-old profession. When her own flame is kindled by Jake (who has a penchant for taking her over his knee) she discovers she is capable of more passion than she ever dreamed possible.

Here’s a little taste of the sexual tension that starts to build between Cora and Jake during a spanking:

She rushed out of his grasp when she entered the room, her feet carrying her to the middle of the room where she stopped, uncertainly.  He sat down on the bed and simply waited, offering no command, curious to see what she would do.

She turned slowly to face him, her eyes sweeping his face as if looking for clues for what to expect.  Still he waited.  Her chest heaved under the constriction of her corset, creating a lovely view of the tops of her lifted breasts framed by the low, square cut bodice of the gown.  She didn’t move from her place, and her eyes fell from his face to his feet. The tension in the room grew, the silence only cut by her shallow panting.  At last she took one, faltering step in his direction, then another.

He sat back with satisfaction. It had been so very easy to bring her to heel.  He’d been certain that underneath the cursing and defensive exterior was a very sweet girl. Her last few footsteps quickened, bringing her to stand directly before him.

“Good girl,” he murmured approvingly. Her little panting breath answered with the whisper of  a tiny moan. He put his hands on her waist and turned her slowly around so he could unfasten her gown for her.  It had a series of tiny hooks in the back and it took some time for him to release them all so he could open the dress.  It fell in a satin puddle at her feet, and he began unlacing her corset.  She took several deep, shaky breaths when he released her lower rib cage from its constriction and tossed the corset to the side.  She didn’t move, simply stood there, her torso bared from the waist up, a slight trembling making the long ropey muscles of her back twitch.  He put his hands on her hips and turned her to face him.

Though he’d seen them before, he was still unprepared for the full effect of her breasts. Like everything else about her, they were so youthful, so wholesome, full of the promise of life, he found it was he who trembled.  Willing himself to ignore them, he lifted his eyes to her face.

Look for the release of The Devil of Whiskey Row next week!

Renee Rose, best-selling erotic romance author, did not come out of the closet as a spanko until she published her spanking romance Betrothed. A lifelong writer, she has a B.A. in creative writing from Knox College, where she won the Davenport prize for both fiction and poetry, and the Lorraine Smith prize for literary criticism.  She spent thirteen years in technical writing before she found a way to incorporate her deepest darkest spanking fantasies into fiction and express a part of her that longed to see the light. She is now passionate about supporting others in accepting and exploring their kink, whatever that may be. Visit her blog at www.reneeroseromance.com and join in the conversation.

16 Responses to Renee Rose Drops In To Talk About Her Naughty New Western!