Saturday Spanking No. 5: Lords and Ladies, Quite Decided 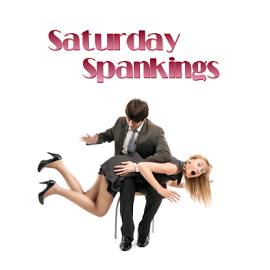 Welcome back, Blog Hoppers! Thanks so much for visiting me last week those that did, and welcome newbies! Like last Saturday, I’m posting as part of the Saturday Spankings Blog Hop! That means I got to choose a recently published or a soon-to-be-released story and give you a snippet around a spanking scene.

This week, I chose a selection from Quite Decided, which is a story within the Lord and Ladies novella pack.  Young Wenda is about to be married off to a count old enough to be her great-grandfather and makes a desperate move–to tangle her cousin’s cousin (no relation), a man who’s always treated her like a father, into a marriage just to get out of it. Her ruse actually works, but then her wedding night becomes a night where she’s made to endure her first punishment… By a birch. So, she tries to avoid the birch and ends up getting a hand spanking “warm-up” which is where we get our snippet.

“Talus, I think you’ll forgive me if you calm yourself somewhere for a day or two.”

“Husband,” he corrected firmly. “You will call me Husband from now on, at least for the foreseeable future. That’s what I am now—your husband and your master—and you’ll do well to remember it. Now obey,” he growled out the last two words and pointed towards the bed.

She looked warily at the bed, and although she felt foolish while walking towards it and bending over, balancing her weight on her elbows, she did what he bid her.

He came up behind her and pressed his large hand to the small of her back. She couldn’t prop herself up on her elbows anymore as he pressed her chest down into the featherbed, leaving her bottom as the highest point of her body.

Buy This on Amazon

Buy This on Blushing Books

Buy This on B&N

Buy This on All Romances

DID YOU ENJOY THE 8-SENTENCE SNIPPIT? DON’T MISS WHAT COMES NEXT–THE SPANKING.

There’s more blogs to hop to, more sneak peeks, and more spankings. Don’t miss them! Visit these wonderful authors below! (And thanksso much again  to Katherine R. Blake for putting it on!)

24 Responses to Saturday Spanking No. 5: Lords and Ladies, Quite Decided