Here’s a fantasy that James and I share: to have some real life friends somewhere around our age that also believe in DD/CDD. Just to go camping with, go on picnics, go to the movies, bowling, dinner parties—the kind of things we do with our non-spanking friends! But it’s hard for us to find any in the area. And let’s face it, if they invent teleporting tomorrow and we were suddenly able to teleport from Austin to Timbuktu in a heartbeat—it would STILL be a problem.

And here’s why: they’re hard to find. Couples that practice DD are really hard to find and what’s HARDER to find is a DD relationship if you’re a single person, so if we do have a friend who’s into DD, double-dating is still off because it’s so hard to get that person together with someone who’s not old, bald, and creepy. 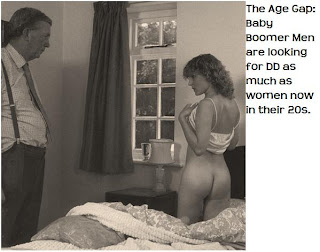 And I know why! Because many women of my generation—women in their late teens, twenties, and early thirties, were raised in a culture completely dominated by radical feminism. And some of us rebelled—at least subconsciously. We fought “the Man”, except this time “the Man” wasn’t a patriarchal head of household figure or an old white guy. Instead “the Man” was Gloria Steinem and Molly Ivins and the National Organization for Women. Some of us want to be housewives, and stay home when we have young children. And many who do have careers outside the home still want to feel taken care of and watched over when they are at home.

Men of my generation, on the other hand, grew up thinking that women are equal in every single way, or hell—better than them. And if you hit one, you’re toast (which is a good thing). However, they have also had it pounded into their heads that spanking = hitting, and thus they are not willing to spank when it is called for. Also, so many men (and women, of course, but let’s look at men) don’t feel that they should lead by example—they don’t have to anymore. Their wives are going to take care of them and their lives and they can sit watching football all day long, drinking beer, and being lazy. In essence, they can be Homer Simpson, and get away with it. That is what society expects of them, and they are more than willing to fulfill those lousy expectations.

This is not their fault alone—today’s society created these people. For centuries, men have been expected to provide for and protect their families, to treat women with chivalry, to work hard and try to do what is right, and to teach their sons to do the same. Not all men lived up to these expectations, of course, but those who did were treated with respect by their wives and by society at large. Now, in the last fifty years, society has told men that they don’t need to be the head of their household! Those men who try to act as head of household (with or without any form of discipline to enforce their decisions) are portrayed in popular culture as chauvinistic, insecure, violent, and sexually repressed, among other things. In fact, men are often treated as if they’re not needed in society at all. Women will do everything. Just put your sperm in the jar before you leave the 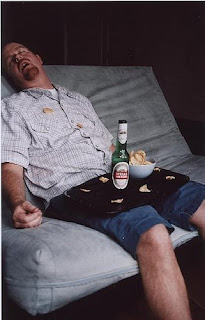 planet so there can be future generations. When men are raised with those sorts of values, and they can behave that way and still get sex (often without even needing to get married), it is easy to understand why so many men just go with the flow, and sink to the level society expects of them.

Meanwhile, many men of the baby boomer generation have seen the problems that feminists have created (with the willing collaboration of lazy men). They see the high divorce rate, broken families, disrespectful children, and a generally cruder culture. Many of them just want a return to more traditional gender roles in society. Others of them are divorced and think that DD could have helped their previous marriage. Some, unfortunately, have become embittered by women and want revenge of some sort.

Due to the anti-feminist rebellion of many in the younger generation of women and the large number of aging, divorced baby-boomer men, there is a HUGE age gap between women and men who are looking for DD relationships.

I’m not talking about EVERYONE, obviously. I’m just making generalizations from what I witness on various blogs, forums, and personal sites.

However, my heart really, truly goes out to the poor young women—of marrying age, particularly, who want to settle down with a man who can provide for them, care for them, and discipline them when they need it. There seem to be few of them to be found where the women are looking, and probably it’s just such a small population anyway and they’re hard to bring out into the light. Society does not look kindly on a man who openly admits that he spanks his wife when necessary. Some of these men (and women, of course) don’t even know that there are other people like them.

Women tend to think more on the issue—they want discipline. They read stories about it and have really made it a huge fantasy that many feel they can’t be happy without. Their soul yearns for it. 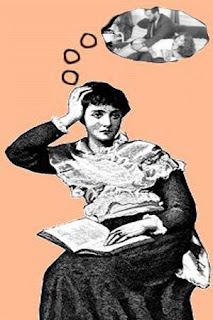 I’ve said it before: I want to help people get together. I want everyone to experience the personal fulfillment and joy I feel on a daily basis. And so I’ve resolved to find the best ways to match up folks. And yes—I feel everyone should be matched up. Personally, I don’t favor the “free sex” lifestyle of modern day America, where women are expected to drop their pants and destroy their modesty on the first date. It’s not all about sex.

ABCD webmasters (the group behind Bethany’s Woodshed and Romanic Spankings, among others) is coming out with a social network, where everybody who likes spanking can come together and sing camp songs or whatever, and I’m administrator of that site, but we’re not going to go to personals right out of the shoot.

Right now, it’s Spanking Internet. That is the site on which I met James, and so I am eternally grateful. HOWEVER—there are a LOT of creeps on there. They’re unchecked, and they’re sometimes very spooky, and they often overshadow the normal guys, so beware! When I met James, there wasn’t a way, unless you were a paid member, to search only within a given age range, but fortunately now there is, which makes it easier. It is also free to use the personals section.

So take heart, you lonely DDers! Things will look better by this summer, thanks to technology, and it is my pleasure to try to help you, advise you, and do everything I can. Read the first few posts I’ve made on this blog if you’ve never been in a DD relationship before, or if you’re just starting to look. There’s good stuff there.

If you need any advice, though—my husband and I are also here for you. My email’s koreymae@gmail.com or Korey.johnson@hotmail.com, I check both. Don’t hesitate to drop me a line. And always make read receipts with me to make sure your email’s going through. You’d be AMAZED how many problems I have with that!

3 Responses to The Matchmaking Conundrum