Stop Hanging On That Cliff!

At long last, the Otherworldly Discipline Series has an ending. It had been re-released and re-edited with “Her Master’s Claim” and now finishes with “Her Master’s Hand”. Missing Moriarty, Charlotte, Ashcroft, and Alice? Now you can finially get reaquainted with your old book-buddies as well as collect some more! I hope everyone likes and and I really appreciate you all for bearing with that cliff hanger for the last three years! You guys are all amazing for waiting. Please enjoy! 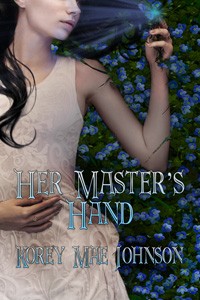 For two decades, Maili has lived as the adopted daughter of the powerful demigod who saved her life and healed her broken body, but at last the time for her to wed has come. Yet the very thought of marrying the cruel warlord to whom her guardian has pledged her hand fills her heart with terror. She flees from her home in desperation, but her bid for freedom is foiled by an encounter with a decidedly grumpy yet undeniably enthralling wizard.

Twenty years have passed since that fateful day at the Hatchet Cliffs—years that have taken a far greater toll on Ashcroft than all the centuries before—and the once proud wizard has been reduced to hunting dangerous beasts to sell their magical venom like a wandering merchant. Thing go from bad to worse when he inadvertently captures a beautiful, feisty young witch who happens to be on the run from someone with whom even an immortal of Ashcroft’s power would rather not tangle.

Though he is determined to return her to her adoptive father and then take his leave of them both, something about Maili captivates Ashcroft, threatening to smash through the barriers he has carefully erected to reach the place in his heart that only one other woman has ever touched. But aside from the fact that so much as kissing Maili would incur the wrath of the most powerful being in this region of the world, can he bear to risk his heart being torn to pieces again?

Buy From Barnes and Noble