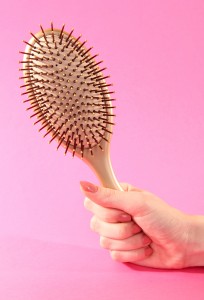 Another Saturday, another spanking. I’ve actually been gone the last few weekend getting high-jinks in and doing much-needed “research” at spanking parties. It’s been a really great time and I can’t wait for the next… But deadlines are deadlines which means that between the merriment I’ve had on the spanking scene, I actually have to get these damn books written. I’m writing both this Ageplay and Otherworldly Discipline, Book 2 simultaneously. Let’s just say there hasn’t been a second of boredom around here.

So, here’s another look at the ageplay I’ve been working on. It’s about a new girl who comes into a triad polyamorous relationship where she has three partners who loves age-play; her main girlfriend, Liz, who plays the “mommy” role, and Liz’s two boyfriends–one who loves playing the ‘Daddy’ role in a serious 24/7 way and the other who’s a Daddy-Dom type but is mostly just up to spoiling the main girl, Sophie, who comes from the other side of the tracks.

Sophie’s not used to being taken care of, and she’s certainly not used to her new “family” buying things for her. When Daddy Charlie finds out she’s been hiding an infected tooth–one that’d been causing her agony for a couple of weeks–she threw a fit because she didn’t want him to pay for the procedure that would fix it, even though she couldn’t pay for it herself. She’s ever-frightful of her new family viewing her like a leech. She simply can’t understand that one of the things they actually enjoy doing is being able to spoil their ‘Babygirl’ rotten.

Right now, she’s about to get a hair-brushing. It will be her second spanking–the first was horrible enough and she’d gotten it with the hand. This is from Charlie’s point-of-view where he’s comparing her a little bit to his last ‘Babygirl’ who he’d never been able to get to react this way to punishment–the other girl liked being spanked too much. Sophie’s another story.

Remember this is so short because Saturday Spankings is tradionally 8 sentences long. I took a little liberty since some of the sentences here are so short.

And just that easily, Sophie was sobbing. She hadn’t even gone over the knee yet; she apparently remembered how horrible it was when it was just Liz’s hand and up in her bedroom. She was one girl who wanted to avoid this at all costs.

“I’m sorry! I didn’t mean to be difficult! I didn’t!” she cried, melting to the floor. It was a lie—Sophie had been difficult, it had been on purpose, and she had known where it would lead her. He had warned her as much the day before that Liz wouldn’t appreciate the tantrum she was practically throwing in the dentist’s office, claiming that a root canal would never happen. He told her she was going to be sorry later on. And then he had called Liz, because his threatening wasn’t working with her at all.

“Sophia Lynn, we’re simply not going to do this every time you earned yourself a spanking,” Liz sighed, getting up and walking over to the Sophie, who was doing her best impression of a puddle.

Don’t forget to get more snippets of spanking stories that are coming out,  have come out in the past, or will come out provided by your favorite spanking authors!

15 Responses to Saturday Spankings: Another Peek into Sophie’s “New Family”