How Far You Can Safely “Come Out” 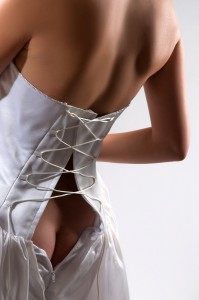 I’ve responded about this on other people’s blogs but I’ve never posted anything about this before on my own. I’ve heard of a lot of people “coming out” as spankos, as in they tell their vanilla family and friends what they’re up to. Sometimes it works out, sometimes it doesn’t. Really, it’s all about the delivery.

You could do it this way:

OUTCOME:  There’s very low chance of sling-back because you’re acting so casual about it, and there’s a hidden, ‘We do this but we also do other stuff, too’, message. You’re implying that you’re just talking about the bedroom, and not really going into specifics, like how you obsess about spanking all the time. They’re not even thinking about it in the way you do it. Say something like this, and they’ll think you end your play at the line where you’re tied up or that he might give you a couple of spanks on the rump as he’s hard-fucking you from behind. Maybe even a playful swat outside the bedroom. Lots of non-spankos do the same thing.

In short, you didn’t come out as a spanko., even (which, because spanko could be talked about like a sexual taste and  not a lifestyle, so it’s different and more accepted), let alone a wife in a DD relationship. Maybe you will; this is an excellent first step. It’s prep work, but it’s not “coming out”. As far as “DD” goes, you didn’t come out at all. In fact, as far as explaining that your husband does this for discipline… You just mis-directed them. Now, if they see your husband giving you a swat on the bottom, they’ll just think it’s sexual.

HAS KOREY DONE THIS?

Fuck yeah, I’ve done this. I’ve had this exact conversation. It’s no big deal. In fact–I’ve WANTED to misdirect my vanilla friend so that they DIDN’T think that James was the HoH. I’ve gone that far. Hell, I even had a similar conversation with my father that went something like this:

KOREY: You guys [both of my parents] have been pretty cool about the whole erotica business I do.

DAD: But you’re not writing it or anything.

KOREY: Yeah I do… It sells.

DAD: … Oh. Okay. Well, you know your audience better than I do.

OUTCOME: If he ever does figure out I’m KMJ, and sees the books I’ve written, he can’t say he hasn’t been warned. Does he even assume I’m in a DD relationship? No. Does he think I write about SPANKING specifically? No. Does he think I’ve done BDSM myself? No. He doesn’t even think that. When I was twenty-two, I went out to a concert with him and his friends, somebody told a blow-job joke, and he put me at the center of attention by asking, “You don’t even get that joke, do you?” Being twenty-two, I had to say, “Dad, I know what a blow-job is. I live in Monmouth, not on Mars.”  And then he turned red and felt very awkward, because I think he actually thought I didn’t know about any sexual positions except good ol’ missionary. (I’d been having sex since I was seventeen, with my high-school substitute teacher (who was only 3 years older than me, but that IS how I met him). Dad knew this… when I was seventeen. When my family went to Europe when during my senior year (in highschool) and left me behind because I had tests, he invited that same boyfriend over to keep me company and sleep in THEIR bed so we’d both be more comfortable (because it’s the only queen in the house). But Dad never lept to the conclusion that the three-year-older man wouldn’t teach me fellatio? Come on! But I digress…) 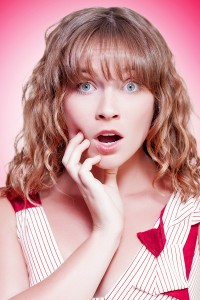 Physically, you know when you’re having a coming-out conversation because you come out of it so sweaty you need to shower, asap, and because everyone else looks interested but extremely uncomfortable. Word-wise, it will probably sound something like this:

YOUR FRIENDS: What? What? What do you mean against-the-rules? You’re [insert age here]. There’s no rules here. Who says?

YOUR FRIENDS: So? Go tell him to shove his rules up his ass. Do it anyway. What’s he gonna do?

YOU (frustrated by now, because they won’t not let you not go to that nude-beach-party, they’ll hammer you, so you say the real reason for why your wet-t-shirt-contest days are over): He’d spank me, actually. I’d prefer not to court his wrath.

YOUR FRIENDS: What the fuck do you mean, he spanks you? That’s fucking abuse! He can’t spank you!

OUTCOME: You just turned an hour glass down on your friendship with these people. They’re “open-minded”. They like to sit and talk all day about how open-minded they are—so open minded that they’ve gone on hill tops shouting it. They’ve gone to sex clubs on Halloween just to see the insanity, they’ve gone to nude-beaches, etc, but they will NEVER understand domestic discipline.

In their minds, it’s already abuse. There’s nothing you can say that’s not going to sound like a battered wife saying that ‘she deserves’ her husband beating her.

Their opinion of you is lowered, and their opinion of your husband, the love of your life, has been decimated. They will hate him, they will give you bad counsel if you ever have a fight with him, they will do everything they can to get you away from him. Eventually you will get sick of it, sick of the way they treat him and the way they talk to you, and you’ll stop hanging out with them. You’ll see that their relationships aren’t any better, and probably much worse, than your own, and the last thing you need is their advice and the last thing you want is their sympathy when you have everything you want in life.

A lot of times, the conversation with these friends will look like this, but the outcome will be the same:

YOUR FRIEND: I wish I had a relationship like yours. It seems like you and your husband are so intimate and cute and he actually pays attention to you. What’s your secret?

YOU: Well… Believe it or not, my husband and I have a Domestic-Discipline relationship. He’s the Head-of-my-Household, he makes rules, I follow them, and then I get spanked if I don’t. (You might go onto explain that you don’t fight so often because of this. Hard decisions actually have a way of being solved, you move on from issues that have been discussed rather than letting them spoil your relationship, and your husband is very hard-working and thinks of you first because he’s trying to set a good example for you. At this point, you’ve already lost her. She got lost right at the word Discipline or at least, Spanking. Later, head of household).

OUTCOME: Is the same as the first conversation. When your friend asked for relationship advice and said that your relationship was better, that was before she knew about the DD. Her opinion of your relationship went from Healthy to Abusive just that fast. She no longer likes your husband, in fact, she now fears him. She will never ask you to talk about your relationship again unless she’s depressed and needing a pick-me-up served as “Well, at least I don’t have her abusive relationship. Mine suddenly doesn’t look that bad.” Eventually you’ll realize this, and then you’ll find a best-friend who doesn’t make you feel like your marriage is something to be ashamed of.

It Doesn’t Always Happen This Way… Does it? 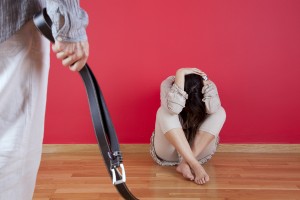 Of course not. It sometimes works out amazingly well. I mean, amazing as in there’s no awkwardness and now you can talk about your relationship all you want, and it’s no big deal.

Right now, the only time it’s worked out is when we told James’ baby sister. She knows. She knows everything about everything we do, and she didn’t even bat an eye. She’s like a rock. And because of this, I feel so much closer to her. I decided that that’s it–she’s family now. She’s my sister, not just my in-law. She’s the coolest chick I know. I enjoy liking her. I enjoy hearing about her day. I enjoy that I can be totally candid with someone for once. I feel utterly protective of her, I love her to death, and if she’s not happy, I’m not happy. It sounds ridiculous, maybe, but because she was the only person I’ve told who reacted in a non-negative way, I feel grateful, relieved, and I actually look forward to it when she comes visiting, like she will next week. She never made any claims that she was open-minded, but her actions speak louder than words.

Though even then I think it worked because she loves her big brother, looks up to him, and she knows that he wouldn’t beat me, that he’s not abusive, and he’s a good guy. I didn’t have to convince her of anything on that account; she’s known him all her life.

Let’s just say it’s easier to get your husband’s friends and family to accept it far, far more than your own. It’s not that you should tell his side BEFORE you come out to your side, it’s that you probably should come out to his side INSTEAD of your side.

I just thought I’d put this post out there for people who know I’m in a DD relationship like them, and they’re filled with a measure of hope because they hate keeping such a major part of their lives hidden from their family and friends, and want to come out about it. They think that because I do spanking work full-time, I must be “out of the closet”.

I hate to kill hope, I can’t give them the advice they want or tell them it’s all gonna end in bubble-gum and lollipops after they just get who they are and what they do off their chests.

You see,  I’m a hermit. I almost have no friends anymore, and I do a lot of mysterious conversation-diversion away from myself to avoid talking about anything I do. I allow people to think I’m not successful at all and sit at home all day eating bon-bons and watching television. I lie to a lot of people’s faces, and I tell a lot of half-truths. I hate it, I hate that I have to do that, and I’m lonely most of the time. I go to Spanking Parties just to be “OUT” for a goddamned weekend and feel what it’s like to feel like everyone else does: like they’re not hiding this deep, dark secret. It feels fantastic, but I’m still not going to come out to everyone because I’ve been bitten in the ass a few times by it.

Do I regret DD? To I regret being a spanko? Hell no–I love James. I’d lay down in traffic for James, and James and I wouldn’t have ever even met if we weren’t both spankos who favored DD relationships/lifestyle and wanted it a part of our lives. It’s not a choice, anyway–being a spank-o is built in deep to my genes, and my DD relationship is a key ingredient as to why our relationship is so strong. Without this part of my life, I wouldn’t be ME. For now, I just have to wait, be patient, and hope that my world fills with other people like me or at least like my sis-in-law.

My family has a saying, “If you don’t want a crocodile to come and bite you, don’t hang your ass over them.” So to those of you ladies who want to go for it, allow me to cheer you on. I wish you all the luck in the world, because unfortunately you’re going to need all that luck.

17 Responses to How Far You Can Safely “Come Out”