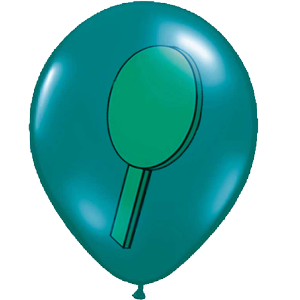 Missing out on the spanking party… 🙁

I had a great time at TASSP enough that I wanted to make it my goal to check out every and all spanking parties. Especially the big ones. UNFORTUNATELY, life is tough. With tying up loose ends at Blushing Books before I go, with starting a new publishing company for myself and James… we’re booked! I can’t even tell you how many times we smacked our foreheads this weekend and said, “Thank God we decided not to go to Shadow Lane!” Shadow Lane is the largest spanking party in America, thrown at Las Vegas every year for the last 21 years.

We heard it’s the best time ever, too! But imagining ourselves trying to find time to go seemed nightmarish at best. James couldn’t even get time off his day-job to do it, I would have had to go myself… And to fill you in with TMI, on top of everything–nature has scheduled something with me this weekend that’s not cool with Spanking Parties. So nah. Nope, not this year, next year.

Because although it was a relief when we decided to take a pass this year, we felt bad that we weren’t going. We ENJOY spanking parties–A LOT (you can even read about it here in a blog I did in June at the Cherry Red Report: http://www.cherryredreport.com/2012/07/04/texas-spanking-party/).

What do we love?

Meeting people like us? Absolutely. Meeting new friends, seeing old ones again… Definitely. We can’t say we don’t love talking with people that have the same interests. There, you can meet friends on a level you never have before. You don’t have to HIDE anything. And spankos spend a lot of their lives in-the-closet with everyone they know. James and I doubly so because it’s what we do for a living. We lie our FACES off to our closest friends about what we do. We’re so vague with them they have to think we’re secret agents or something by now. With these people–what the hell are we going to hide? They know our deepest secrets already! Now, we can just enjoy each other at face-value. I can talk about work, James and I can even say how we met (on the chatrooms of Spanking Internet).

But more than anything… James and I are exhibitionists.

We didn’t know that’s what we were, not at first. But James LOVES embarrassing me in public with punishments, and this is the only time he can do it.

For example–when we were at Crimson Moon, one of the highlights of the party was when we were hanging out with friends and I was “being snippy” with him (Hello? I was working, and he was asking all these questions!) and so he had me stand in front of him–a mere foot around a friend of mine, Vince, who was with his at-the-time girlfriend giving her a play-spanking.  James pulled down my panties and had me pull up my skirt in front of my friends (and there was more than just that couple)… All the way around. So everyone could see my… you know… vagina… while James was lecturing me. Of course, my face was beat-red enough for someone to mention it, and Vince stopped spanking for a second, he and his girlfriend fixated. “Wow. I’m embarrassed on her behalf!” Vince yupped, but he didn’t turn his eyes away. I wanted to melt into the floor.  James continued lecturing me until I was finally pulled across his knee–which as exposed as I was, I was perfectly happy to have his lap to cover up my front–and he began spanking me about 10x harder than Vince was spanking HIS girlfriend.

But really, I’m no different than James. I like sucking up the attention–the GOOD attention–from men when they take me across their knees for a spanking while James watches on in an approving way. More than anything on the planet, I like watching JAMES spank OTHER girls. Muahaha!

And since we were letting friends stay in a room with us at Crimson Moon, we were only seperated from them by a partition… And James and I had sex behind it while they were in the room. They couldn’t see us, but I imagine the sounds were unmistakable. I REALLY enjoyed it. Not often can I orgasm without just the penis alone–normally there needs to be more stimulation than that. Not this time. The naughtiness that abounded was such a turn-on that I was orgasming in moments.  Now, would we have had sex with other friends in the room (the non-spanking variety)? Hell, no. We don’t even tell sex-jokes with our everyday friends. Our conversations are very PG. But this gave us a way to break out. Be naughty, try new things…

And so, while our friends have had a blast at Shadow Lane all weekend, we really missed out, and we’re feeling it. Nothing to have been done for it–it had to be missed. But spanking parties only happen a couple of times a year… And we missed our oppertunity. Next year, Shadow Lane. NEXT YEAR, the Johnsons are a’commin’!